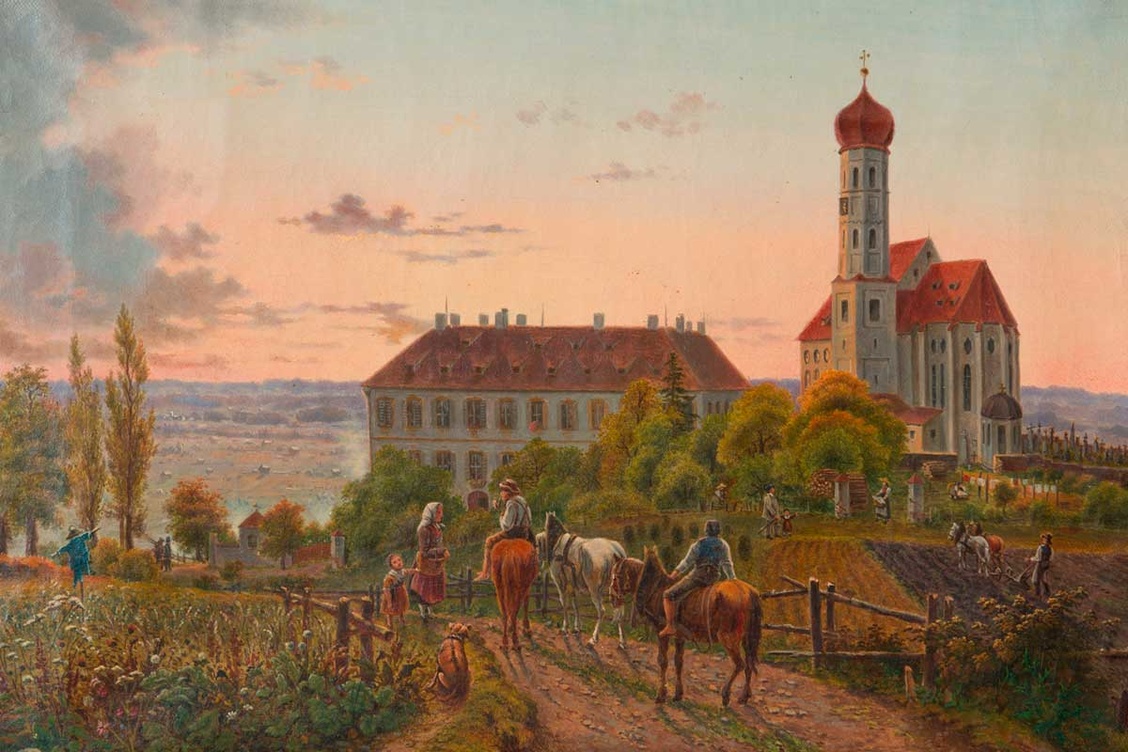 The romans already knew – it’s a good place to be!

The first traces of settlement go back to the Celts, 15 BC, followed by the Romans. The remains of the Villa Rustica, a roman estate can be seen at the impressive roman spa in Kohlhunden. During the migration period the Alemanni came and lateron the francs were following.

The proximity of Oberdorf led to the decision of the francs to establish a king’s court. During this period the famous monk Magnus was proselytising the Allgäu and Oberdorf became Christian. In 1299 the prince-bishops of Augsburg took the reign until the secularization.

It was the price-bishops who built a castle as a residency in Oberdorf which was first mentioned and documented in 1424. In 1453 Emperor Friedrich III awarded Oberdorf with the right to hold markets, which was an important impulse for the development of the city.

In 1722 the castle  was refurbished with a baroque style and was used as a popular hunting lodge and summer residency by the price-bishops. The master builder was the native Marktoberdorfer Georg Fischer. In 1732 the construction of the grand church St. Martin startet and in 1774 the last prince-bishop Clemens Wenzeslaus began with the construction of the famous Lindenalley.

In 1803 the higher monestary of Augsburg merged into the electorate and later into the kingdom of Bavaria. Trade and industry started to bloom with the access to the railway network in 1876. In 1930 the first tractors were built by FENDT. 2.800 inhabitants were counted before the Second World War. With the arrival of the expellees and refugees the number climbed up and finally in 1953 Markt Oberdorf became the city of Marktoberdorf. In 1967 the 10.000 habitant was celebrated. With the great local government reform in 1972 the communities of Bertoldshofen, Geisenried, Leuterschach, Rieder, Sulzschneid and Thalhofen were put under the administration of the city of Marktoberdorf.

Today Marktoberdorf is the county seat, accounts close to 19.000 inhabitants, has big cultural offerings, high quality of life and full employment thanks to a flourishing commerce and industry. There are plenty day-care centres for the little ones, primary scholls, all kinds of secondary and special schools and more than 200 differents clubs and associations.

To break it down: it’s a great place to be!

For more details, please look up the stories at the City's Museum and the Homeland Museum.